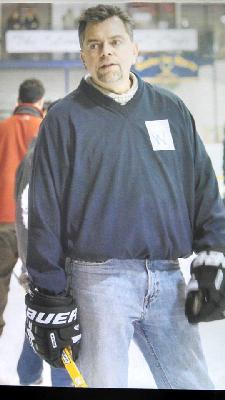 Today’s workout is in remembrance of Morgan Bungerz’s dad, Jim. Morgan coaches at CrossFit New England and is Brian’s roommate. Jim passed away 9 years ago to this day. Today we’ll honor Jim through a workout Morgan has done on every anniversary since then.
9 Rounds = The Month
24 Pushups = The Day
8 Deadlifts = The Year (2008)
A note from Morgan…

Jim Bungerz passed away on this day 9 years ago after a six-month fight with ALS.

More commonly known as Lou Gehrig’s disease, ALS is a neurodegenerative disease that robs its victims of any use of their muscles-leaving them unable to walk, talk, or even breathe. Despite a fatal diagnosis my dad never gave up or complained. Over his six-month battle with ALS he remained a strong father and husband even as he became confined to a wheelchair.

Unlike most Hero Wod’s this is not dedicated to a fallen soldier or service member, but like all Hero Wod’s, this is to salute an individual who gave everything for the ones they love. Not only does this workout look to honor Jim’s courage but it also serves as a celebration of the abilities we have. Too often our capabilities to move are taken for granted and by doing this workout we are reminded that we are lucky to do it when other’s are not so fortunate. The message behind this workout is Get Up For Those That Can’t!